How to Maximize Your Car Accident Settlement in Johnson City 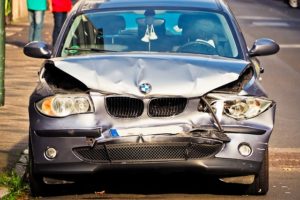 Car crashes that result in injury are terrifying. You never expect to end up in a collision when you leave the house, and you may not know what to do next. If you’ve injured been injured in Johnson City, you need to find appropriate medical care and follow their professional advice.

After you’ve gotten the treatment you need, you’ll likely be forced to deal with a growing pile of bills. For many, the cost of an unexpected injury accident can be devastating. You should never be forced to pay out of pocket or struggle due to someone else’s poor decisions. Instead, you could seek fair compensation from the driver who hurt you and their insurance policy.

The Terry Law Firm’s dedicated car accident attorneys in Johnson City can help you seek what you’re rightfully owed. It’s your right under Tennessee state law to pursue a personal injury claim when a negligent driver hurts you.

Contact us for the legal help you need to pursue a car accident case settlement big enough to make a real difference in your life.

When a car or truck driver causes a crash and injures you, you can initiate a personal injury claim against them and their insurance company. To do so successfully, you need a good lawyer on your side.

If you choose The Terry Law Firm, we’ll take over the process and spearhead your claim. We’ll investigate your crash and document how the other driver acted negligently or recklessly. When we’ve built a solid argument on your behalf, we’ll demand that they pay you an amount based on the economic and non-economic damages you suffered.

These damages may include:

We’ll work meticulously to identify the damages you may be entitled to in order to maximize your compensation.

If you want your case to deliver the most compensation it can, pain and suffering is an important part of your potential settlement to understand. The term is self-explanatory, but its application in car accident injury settlements is complicated.

There’s no standard equation or website you can trust to calculate what you’ll be awarded as part of your crash settlement. Usually, lawyers calculate an amount to demand from at-fault parties for pain and suffering based in part on medical bills. The same principles will apply if your case goes to court, and your settlement is decided by a judge or jury.

In Tennessee, state law caps the non-economic damages at $750,000. If your injury was extremely severe, such an amputation, called catastrophic in a legal context, that amount could increase up to $1 million.

The reckless driver who hurt you will inevitably have an insurance company fighting to avoid paying these large amounts. That’s why you should hire a qualified lawyer, like ours at The Terry Law Firm, to help you prove the pain and suffering you experienced due to your injury.

We’ll document your case using concrete evidence like your bills and photographs of your injury and accident. We may hire medical experts to explain the extent and seriousness of your injury to the court. It might be beneficial to get testimony from friends, family, and co-workers who can describe the impact of your injuries on your life. We’ll also help you maximize your pain and suffering payment by advising you what actions you should and shouldn’t take.

The Terry Law Firm has a few tips to help you increase your case’s value. Here are some good steps you can take right after and in the weeks following your crash:

The sooner you hire an attorney after an accident, the sooner they can begin collecting evidence and working to build a strong case.

What to Avoid to Ensure Maximum Case Value in Johnson City

Here are some things you shouldn’t do if you want to earn a large settlement.

How Can The Terry Law Firm Help Me Maximize My Car Accident Claim in Johnson City?

If you want to hire a Johnson City lawyer who knows how to maximize car accident settlement amounts, you need The Terry Law Firm. We have years of experience helping those who’ve been hurt in Johnson City car accidents get the most from their injury claims so they can pay their bills, repair or replace damaged vehicles, and move on with their lives.

We never charge for consultations. In fact, you won’t pay us anything until we win your case. Contact us today to speak with an experienced member of our team by calling us or by reaching out online.