Welcome to Our Blog

Let our experienced attorneys fight for the compensation you deserve.

Get a Free Case Review

by The Terry Law Firm | Uncategorized 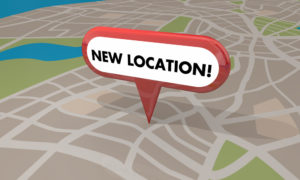 The personal injury attorneys at The Terry Law Firm have represented people in Sevier County over the last 25 years. They have handled a wide array of cases involving personal injuries sustained in rental cabins, including drowning and other pool related accidents; injuries from unsafe business premises and injuries sustained while participating in attractions in Gatlinburg or Pigeon Forge. These attractions include such things as: mountain roller coaster injuries, go-cart track injuries, water park injuries and chairlift injuries.

The Terry Law Firm originated in Morristown, Tennessee which is located between Knoxville and Johnson City. The Terry Law Firm is a family law firm which originated with Charles R. Terry, who originally opened the firm in 1960, and The Terry Law Firm is still operated by the Terry family, including Denise Terry, F. Braxton (Brack) Terry, Jacqulyn Jones and C. Gabriel (Gabe) Stapleton. The Firm prides itself on representing clients in a compassionate and family atmosphere.