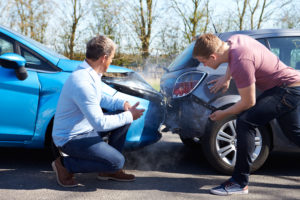 There are new advances in vehicle technology every day, with backup cameras, collision warning systems, and other adaptive safety features becoming increasingly prevalent. However, even with all of these developments, car accidents are still alarmingly common throughout the United States. Right here in Tennessee, there were 42,371 significant injury crashes and 1,147 fatal crashes in one recent year alone.

A car accident can have a significant impact on a person’s life. Victims are often forced to deal with expensive medical bills, lost wages, and damage to the vehicle they rely on. In more severe instances, they may be unable to return to the life they once enjoyed due to lasting or permanent disabilities. In the worst-case scenarios, the victim may not survive the crash.

If you were hurt or if you lost a loved one in a car accident in Sevierville caused by the negligent or reckless actions of someone else, you have the right to seek fair compensation. The dedicated Sevierville car accident lawyers at The Terry Law Firm have more than 60 years of experience representing people who’ve been hurt in our community.

Contact us today for a free consultation to learn more about how we can help you.

Most Common Causes of Car Accidents in Sevierville

The Tennessee Department of Safety and Homeland Security released statistics detailing the top driver actions and other contributing factors that led to motor vehicle crashes in Sevierville and statewide. Of the total car accidents that occurred in Tennessee that year:

Liability for the Most Common Types of Car Crashes in Sevierville

Even when poor visibility, wet road surfaces, or other poor driving conditions are present, car drivers are expected to maintain full and attentive control of their vehicles at all times. Unfortunately, negligent driver actions contribute to the majority of Tennessee motor vehicle collisions.

When a negligent driver is found liable for a car crash, injured victims may be able to hold them responsible for financial losses and other suffering caused by the accident. Many types of car crashes in Sevierville involve liability on behalf of:

Contact a Car Accident Lawyer in Sevierville for Help

If you were injured in a Tennessee car crash, our Sevierville accident attorneys are prepared to work hard to maximize your financial recovery while you focus on your health. We can thoroughly investigate all potential evidence, consult with expert witnesses such as accident reconstruction specialists, and develop the strongest case possible on your behalf.

The Sevierville attorneys at The Terry Law Firm will be ready to provide you with a free, no-obligation case evaluation when you reach out to us by phone or online.

If you’re worried about how you’ll afford our services, don’t be. We know that money is often tight in the aftermath of a serious accident, which is why we represent clients on a contingency-fee-basis. This means you won’t have to pay us anything upfront for our skills and service. We won’t collect any fees unless and until we recover compensation for you.